President Julius Maada Bio of Sierra Leone announced today at the 73rd Session of the U.N. General Assembly (UNGA) a partnership that brings together leading technology nonprofit Kiva, the U.N. Capital Development Fund (UNCDF) and the U.N. Development Programme (UNDP) for the launch of a bold, new initiative designed to give the country’s seven million citizens, most of whom have no credit history or formal identity, access to financial services.

The centerpiece of the partnership is the new Kiva Protocol, which will create and establish a national digital identification system using distributed ledger technology (DLT). The system will help ensure that every citizen in Sierra Leone has secure and complete ownership of their personal data and information.

“Through this implementation, Sierra Leone is setting out to build one of the most advanced, secure credit bureaus. It could serve as a model for both developing and developed nations in the future and has the potential to radically change the landscape of financial inclusion,” said Xavier Michon, Deputy Executive Secretary of UNCDF.

The new Kiva Protocol is designed to address these barriers by issuing digital identification to all citizens and enabling formal and informal financial institutions to contribute to a person’s verifiable credit history. Currently, unbanked people cannot leverage financial transactions from the ‘informal economy,’ such as credit with a local shopkeeper, to build their credit history. The Kiva Protocol will capture a wide range of financial transactions—from bank loans to credit with a local shopkeeper—to help people access the financial services they need, including loans for businesses, education or basic medical services.

Kiva, the international nonprofit that has crowdfunded more than $1.2 billion in loans for people in more than 80 countries, is building the system that will record these transactions using distributed ledger technology. For 13 years, Kiva has worked to provide financial access to the unbanked and underserved, becoming a trusted name with strong partnerships across the global microfinance industry. The organization identified that a systems-level change in identification and credit history has the potential to unlock massive amounts of capital for the populations they serve, so began the hunt for a solution.

“With this partnership in Sierra Leone, we hope to carve a path to a system of global identity and federated credit history,” said Kiva CEO Neville Crawley. “This can unlock capital for the populations who need it most, allowing lenders to massively increase services and the flow of funds to the world’s unbanked.”

Rollout of the Sierra Leone project is planned for 2019, after continued ongoing implementation discussions.

Newton – Own living media, NFTs and beyond 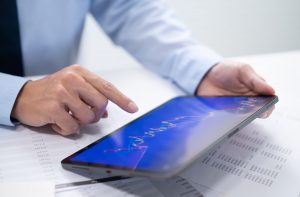