The mainnet launch of EOS is inching closer. As such, the developers want to ensure there are no lingering bugs or fatal flaws for hackers to exploit. A bug bounty program has been created which rewards $10,000 for every bug discovered and shared. This is a positive development, even though the venture also receives some backlash from industry experts.

It is commendable to see developers pay attention to project security. Especially in the world of blockchain and cryptocurrency, security is quite important. Developing a bounty program to uncover any code bugs is a big step in the right direction. For the EOS team, it seems this is a smart decision which will improve the project prior to its main net launch.

Help us find critical bugs in #EOSIO before our 1.0 release. $10K for every unique bug that can cause a crash, privilege escalation, or non-deterministic behavior in smart contracts. Offer subject to change, ID required, validity decided at the sole discretion of Block One.

The team hopes to find any unique bugs which may be present in its code base. EOS doesn’t need any issues crashing the network or giving unauthorized users special privileges. All bugs can be submitted to Block One, and the reports will be validated by this entity as well. Users who submit a bug for the reward will need to provide a valid ID to verify their identity.

Contrary to some reports, there is no delay in the release of EOSIO v1. While some issues were discovered by researchers, most of the problems have been addressed already. That is a positive development and confirms the commitment of the team. There are still some issues which are in the process of being fixed. Which issues those are exactly, remains to be seen.

Any bug bounty program in the cryptocurrency world deserves to be applauded. However, such ventures will also face some criticism, for rather obvious reasons. Charlie Lee, the developer of Litecoin, has some intriguing remarks regarding the EOS bounty program. More specifically, he thinks the rewards offered for finding and sharing bugs are on the low side. The EOS project raised over $4 billion through its year-long ICO, after all.

Raises $4B, offers to pay only $10k for catastrophic bugs 2 days before mainnet launch. Strange. ? And quite a few other concerning issues with EOS. See: https://t.co/C4HypNFet5

This will also be one of the biggest ERC20 token to blockchain launch. Should be an exciting day! https://t.co/Ey7mF10Dry

Moreover, this bounty is announced at an interesting time. The EOS mainnet will go live in the next two to three days. Asking users to look for bugs so close to the launch raises some very serious questions. Combined with the recent bugs discovered by researchers, it is only normal some people question this project in its current state. If it were to fail, it can quickly spell the end for EOS as a whole.

For now, users have to wait and see how things evolve. If no bugs are discovered, the mainnet launch will go off without a hitch. Even so, it doesn’t mean the technology will work perfectly out of the box either. These next few weeks will be crucial to the success of this project, yet nothing has been set in stone just yet. 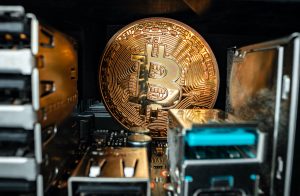