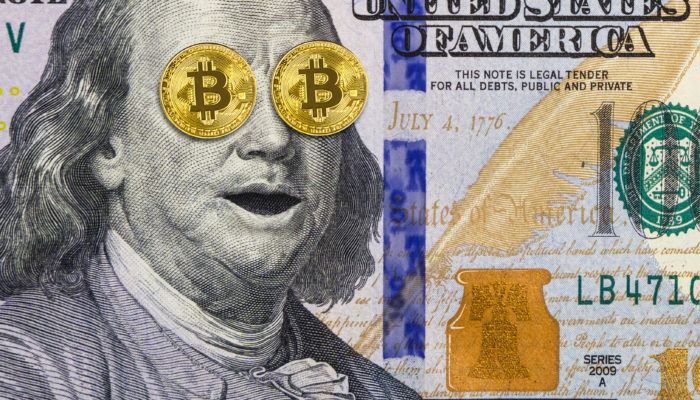 After being stuck in a persisting bear market for over a year, Bitcoin appears to have formed $3,200 as a long-term bottom that has allowed the cryptocurrency to surge higher, firmly establishing a fresh bull trend that has sent BTC surging to new year-to-date highs.

This bullish price action has led analysts to concur that the next bull run has officially started, which means that now could be the time for buying each pullback.

Bitcoin is now trading just below its highest price level of 2019, which was set late-yesterday when BTC rapidly surged towards $7,000 before settling slightly lower around its current price levels.

Prior to last night’s upwards surge, analysts had all generally agreed that $6,400 was a key level that the crypto had to break above in order for a fresh bull trend to be confirmed.

Alex Krüger, a popular economist who focuses primarily on cryptocurrencies, spoke about the state of the markets after BTC raced past this price level, noting that it is now “in bull market territory.”

Old levels not as valuable, hence why above 6400 only looking at round numbers as major resistance.

Although the market is firmly in an uptrend, it is important to note that $7,000 is likely to be a strong level of resistance. Despite this, it does appear that bulls are garnering growing strength, which may ultimately allow them to push the cryptocurrency’s price higher before it faces any strong levels of resistance.

Because Bitcoin is now in a bull trend, analysts agree that traders should look toward future pullbacks as a good buying opportunity.

Cred, a popular cryptocurrency trader on Twitter, spoke about this in a recent tweet, explaining that he is looking towards pullbacks to support levels as buying setups.

As the weekend continues on and the markets continue establishing their footing within their newfound year-to-date highs, it is likely that analysts and traders alike will soon gain a greater understanding of whether or not this fresh bull trend will ultimately result in a parabolic surge.